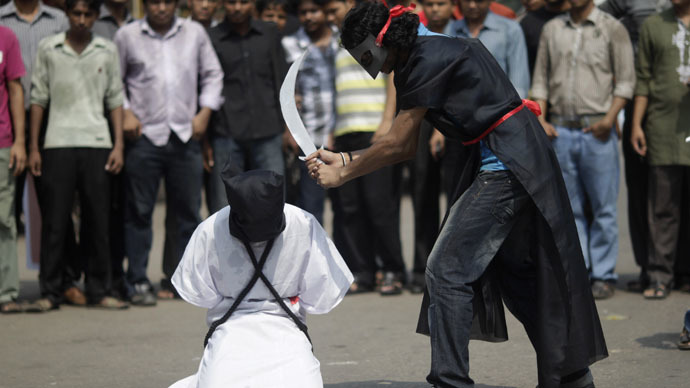 The oppressive Saudi Kingdom has held him captive since, and after much brutal treatment at their hands, he was recently scheduled to be executed.

Allegedly, he was beaten until he agreed to sign a “confession” for his alleged dissent against the totalitarian regime he resides under.

The UK and the US had promised to intervene to defend Abdullah al-Zahar’s (now 19) case, but have no success in swaying their faithful, oil rich ally in the Middle East.

The UK Foreign Office admitted that it had made ‘little progress’ in changing the Saudi’s mind.

Saudi Arabia has enacted many brutal policies to retain its control and extremist ideology over its people, and young Abdullah will be added to over 100 victims of execution committed this year.

Of course, Daesh (aka ISIL) is rightly criticized for its brutal treatment of civilians, and the US and UK will vilify leaders that serve no use to their aims, such as Saddam Hussein and Bashar al-Assad, yet Saudi Arabia remains devoid of criticism.

This again highlights the insidious relationship that exists between the West and Saudi Arabia.

29 thoughts on “Saudi Arabia set to Behead Teen for Engaging in Protest – Once Again, the West Remains Silent”