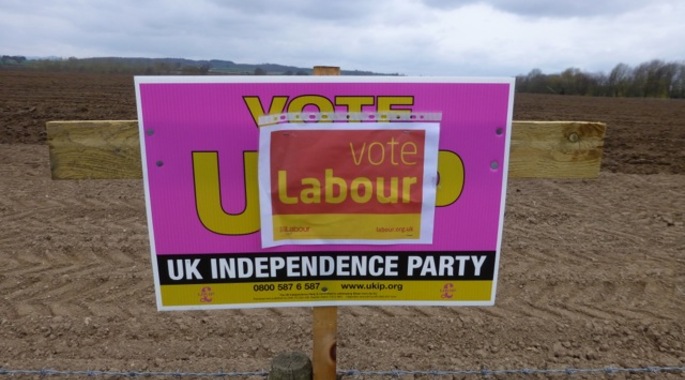 As established in my previous post, it is apparent that UKIP are not necessarily this fanatic far-right, racist faction which are near enough identical to the British National Party – contrary to the opinion of many. Their entire foundations appear to be centred around a core of militant Thatcherism, if you like, only with more Eurosceptic and anti-immigration connotations – therefore delivering a strong scent of old-fashioned Conservatism.

With all this in mind, it is strikingly obvious that Mr Farage’s party could pose a threat to the Conservative Party. According to a study by YouGov, 60% of current UKIP supporters voted Conservative in the 2010 General Election. This alone indicates that The Conservative Party are likely to have lost voters of a right-wing persuasion, who were unhappy with the Tories’ policies on many key issues which now appeal to UKIP voters, the distinct one being immigration – as many UKIP supporters are now blaming the Conservative-Liberal Democrat coalition for letting vast amounts of immigrants enter the UK, which many of them are uncomfortable with.

This of course, plays into Labours hands – as many UKIP supporters are former Conservatives. If UKIP, who are predicted to obtain 14% of the vote on average by recent polls, had not been making as much noise as they have been in the past year or so, many of these votes would clearly be eaten up by the Conservative Party, due to the fact that many of them will be cast by those with a clear right-wing orientation.

Current polls suggest that we are, for a second election running, heading for a hung parliament, with the outcome of the election hinting to be the most unpredictable in living memory – as no party appears to have the capability to gain a landslide victory. If there was no UKIP, think how much extra ground the Conservative Party would be able to gain this election. It would most evidently give the Conservative Party a massive edge, and would have helped them creep closer towards a majority government. Thankfully, due to UKIP’s presence, this is not the case.

I’ve witnessed many Labour supporters bad-mouthing UKIP, speaking of their disdain for the party. However, with the fact that UKIP have gained a sweeping proportion of the vote, and are preventing Labour’s rivals from regaining another term in Number 10, perhaps Labour supporters should be thankful for UKIP’s significance this election.